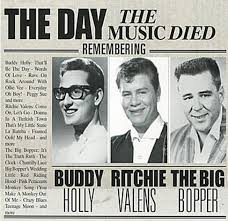 1582 – Eighteen-year-old William Shakespeare marries pregnant 25-year-old Anne Hathaway.  Just like the question about his authoring all those plays, it was speculated that the baby was Christopher Marlowe’s.

1826 – Jedediah Smith is the first white man to cross the Mohave Desert, leaving from the Great Salt Lake in Utah and arriving in San Diego.  He would have made it in less time, but stopped in Palm Springs to play two rounds of golf and get a massage.

1842 – Ada Lovelace, daughter of poet Lord Byron and English mathematician, was the first computer programmer. She is chiefly known for her work on Charles Babbag’s (the father of computers) mechanical general-purpose computer, the Analytical Engine. Her notes on the engine include an algorithm to calculate Bernoulli numbers. This is recognized as the first algorithm intended to be carried out by a machine, making her the first computer programmer. 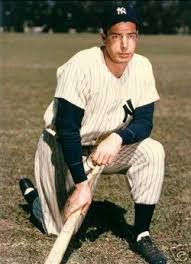 1914 – Joe DiMaggio, real name Giuseppe Paolo DiMaggio, Jr. was born.  Only player in major leagues to be selected to the All-Star Game in every season he played.  His 56-game hitting streak in 1941 still stands today!  Where have you gone Joe DiMaggio?

1921 – Comedian Rodney Dangerfield was born and as Rodney recalls, he was so ugly that when he was born the doctor smacked his mother.

1931 – Tommy Allsup was born.   Allsup was the lead guitarist in Buddy Holly and the Crickets and was touring with Buddy Holly, Richie Valens, and J.P. ‘The Big Bopper’ Richardson when he lost a coin toss with Valens for a seat on the plane. The plane crashed, killing Valens, Holly, Richardson, and the pilot, while Allsup was a survivor of ‘The Day the Music Died’.

1940 – Brothers Maurice and Dick McDonald start McDonald’s hamburger chain, with some stale buns, a dried out pickle and a small tasteless patty of meat.  Everyone loved it! 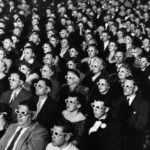 1952 – First 3-D movie, Bwana Devil premiers. The audience was required to wear special Polaroid viewers. The movie Bwana Devil was based on a true story about two man-eating lions who would drag railroad construction workers at night from their tents and eat them.  I’m guessing it wasn’t a musical-comedy.

1976 – Buffalo Bills running back, O.J. Simpson ran for 273 yards in a game against Detroit and he’s been running ever since . . . presumably in search of the real killer

1992 – IBM debuts the “Angler”. It combined a mobile phone and PDA allowing the user to make and receive telephone calls, facsimiles, emails and pages. It also included a calendar, address book, notepad, maps, stocks, and news – the first ‘smart phone’. 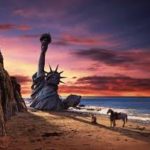 End of Planet of the Apes

3978 – Astronauts land on a mysterious planet ruled by apes – the calendar on their spacecraft, as seen in the movie, Planet of the Apes, read November 25, 3978.

2019 – Bob Sparrow went nowhere, did nothing and had no interesting observations to put in the blog.

4 comments on “This Week in History”