Several years ago my brother gifted me the book, “The Life and Times of the Thunderbolt Kid“, by Bill Bryson.  I have come to read – and love – almost every book Mr. Bryson has written.  But the “Thunderbolt Kid” book was my first, and is still my favorite.  In it, Mr. Bryson recounts the joy and simplicity of growing up in Des Moines, Iowa during the 1950’s and ’60’s with such wit and affection that it instantly brought back memories of the small town in which we were raised.  While the population of Des Moines was more than ten times that of our home town, Bryson’s recollections of his neighborhood is strikingly similar to what we experienced.  People were friendly, we worked hard, and as kids we found ourselves endlessly entertained by items as simple as a drainage ditch or a field of wildflowers. 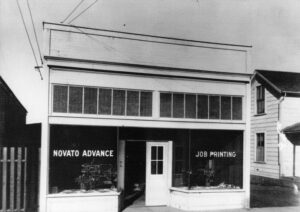 The “Advance” when our parents owned it

I’ve given a lot of thought to our upbringing this past year.  I think the COVID slowdown has caused some reflection about the “busyness” with which we are normally consumed, and how different our life is compared to growing up.  Life seemed simpler back then, because it was simpler.  Small town life, or neighborhood life in a bigger city, revolved around locally-owned businesses, school, community activities and social clubs.  Our parents were one of those small business owners, and they knew the owners of every shop in town.  People helped each other out during hard times and shared fun in the good times – softball leagues, community plays and bake sales were just some of the ways we were entertained.  As a kid, a small town can seem stifling.  Everyone knows you, thus, the opportunities for getting into trouble with anonymity are very limited.  Our mother didn’t need eyes in the back of her head because she had a whole community of “snitches” that would tell her if one of us got out of line!

This past week I was thinking about that small town ethos when I read a piece by Virginia Heffernan, an opinion columnist for the Los Angeles Times.  Apparently Ms. Heffernan is waiting out the COVID pandemic in a hideaway home, situated in a place where it snows.  I have some familiarity with “snow towns” near LA and I’m willing to bet that she is living in a small community.  A few weeks ago, after a massive snowfall, her neighbors came over and shoveled out her driveway.  Nice, neighborly gesture, right?  Well, apparently not.  In her column of February 5th, she laments that she doesn’t know how to feel, since the neighbors supported Trump for President.  So she questions how nice they really are and then proceeds to compare them to Hezbollah, Louis Farrakhan and the Nazis. 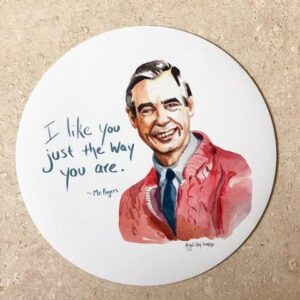 My goal here is not to get into the politics of this, as my brother and I have steadfastly stayed out of the fray all these years and our intent is to continue.  My thoughts are more focused on what a shame it is that Ms. Heffernan has no foundation to draw from that informs her about what it means to be a neighbor.  Although it didn’t snow where we grew up, shoveling someone’s driveway is exactly the kind of gesture that would be so ordinary as to not even draw attention.  Motives would not have been questioned, much less evaluated, based on whether someone had voted for Nixon or Kennedy.  To judge anyone through a political lens would have been unheard of, and better yet, strongly discouraged.

I’m glad I grew up when and where I did.  The small town mentality has served me well over the years and I appreciate it in others when I see it.  I am saddened that we have gotten to a point where someone’s character, motives and integrity are judged by their political affiliation.  A point where a simple, kind gesture is dissected and over-analyzed by a journalist.  Perhaps Ms. Heffernan needs to spend more time in her “hideaway” to learn a bit about the behavior of people who live in small communities.  It may come as a shock to her that they are not on parallel with terrorists.