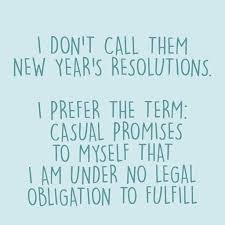 Yes, Betwixmas is a word . . . sort of – it’s the term used for the six days between Christmas and New Year’s Day – and we are now in it up to our masks.    There are names for two of these six days that bookend Betwixmas; at the beginning, December 26 is ‘Boxing Day’, which is not celebrated in America, but mostly in England and its former Commonwealth satellites (Canada/Australia/New Zealand/Hong Kong).  It started out as a day to honor servants and those less fortunate by giving them a ‘box’ of something of value.  It then morphed into a shopping holiday (apparently, they said, ‘screw the servants’) where one would take back the ‘boxes’ of whatever they got for Christmas and exchange them for a box of something they really wanted (Maybe we do celebrate it here in America after all).  At the other end of Betwixmas is, of course, New Year’s Eve; never before will so many people really mean it when they say “Happy New Year”!!! But those four days in between, particularly this year, will drive you crazy enough to actually try to eat your grandma’s brick-hard fruitcake that you got again this Christmas.

Betweixmas is a time when we really don’t know what day it is,  who you are or what you’re really supposed to be doing.  There is no school and no one is really working.  If someone goes into the office during Betwixmas, it’s not to work, it’s just to get away from the spouse and/or kids, that have been driving them crazy since the Covid outbreak.

Paradoxically, the shortest day of the year was just last Monday, so the days should seem to just fly by, but no, these days drag on and makes Betwixmas seem interminable.  Typically, it’s the time to relax after the Christmas ‘rush’ and get ready to usher in a new year, a different year, anything but what we’ve been experiencing, so this Betwixmas drags on even more than normal. 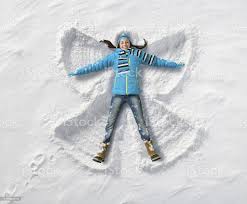 Usually, the novelty of the kids being home during Christmas vacation calls for some family activity – heading to the mountains to frolic in the snow, visiting Disneyland or if you’re a fan, going to a college football bowl game.  But there’s no snow in the local mountains, Disneyland is closed and the general public is not allowed to attend a college football game.  We are doomed to spend Betwixmas just like we’ve spent the last nine months – in house arrest.

So, one would think that this would have been a good time for a blog that’s really entertaining; a missive filled with little-known facts of interest that would take your mind off the tedium of the times.  But no, it’s a match for the times. 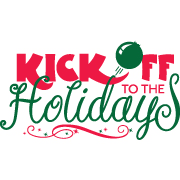 I was just coming down from my three Three Musketeers high the day after Halloween, OK four, when my Sirius radio started playing Christmas music, my wife started telling me about our Thanksgiving Day plans and our friends were asking me what we’re doing for New Years Eve. I’m thinking to myself, why have ‘they’ crammed these four holidays into the last 62 days of the year?

It’s 62 days of eating candy, then eating leftover candy, then eating excessively large turkey dinners, then eating calorie-rich Christmas meals accompanied by eggnog, wassail or the latest ‘holiday beverage’, and then we’re expected to have the ‘party of the year’ to celebrate the coming of a new year. If I had lost any weight on the variety of diets I’ve been on throughout the year, that ship set sail with the Three Musketeers. Which is how New Year’s resolutions get created I guess.  You know, historians aren’t really certain about the actual birth of Jesus anyway and the Gregorian calendar, which we follow, is only one of many available calendars so I say move Christmas and New Years to the summer, where at least we can get out and walk off a few calories. 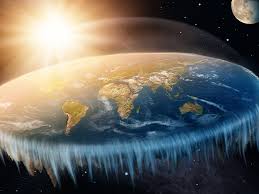 And as long as we’re moving holidays around, there’s probably some we could get rid of altogether. Columbus Day immediately comes to mind – a holiday that hangs just outside of that 62 day window, on October 14. This is a strange one to me since Christopher Columbus never set foot on U.S. soil, yet for years we’ve celebrated this Italian’s ‘discovery of America’ along with his other bogus discovery – proving the world wasn’t flat!   Columbus Day’s status as a holiday has been sketchy at best.  Some states don’t recognize it, but rather eschewed this holiday for ‘Indigenous People’s Day’, which was started in 1992 by, who else, the city of Berkeley.  It does make me wonder why we don’t have a national holiday to celebrate Native Americans.  I guess we just don’t want to be reminded of what we’ve done to them.  But Columbus is vigorously celebrated in many Italian communities, just as the Irish observe St. Patrick’s Day on March 17, which was the day St. Patrick died in AD 461 – not sure how that became a holiday. To most of us it’s just another time to hoist a drink – preferably Irish whiskey or beer.

So we have the Italians and Irish taken care of and the Afro-Americans with the celebration of Martin Luther King’s birthday, which is the ‘third Monday in January’ – I wonder if that’s how it read on his driver’s license. This federal holiday was first celebrated in 1986, but Arizona didn’t recognize the holiday until 1992 when the NFL boycotted the state’s Super Bowl. New Hampshire was the last state to adopt the holiday in 1999. Three states, Alabama, Mississippi and Arkansas, today, celebrate both MLK’s and Robert E. Lee’s birthday on that third Monday in 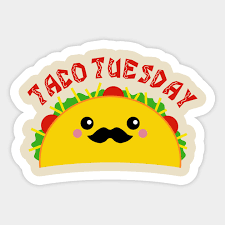 January – apparently hoping that the ‘south will rise again’.  But the largest ethnic minority in the U.S., at 18%, the Latinos, have no national holiday. Yes, there’s Cinco de Mayo, which is celebrated where there are heavy Hispanic populations, but that commemorates a short-lived victory of Mexico over France. I guess Taco Tuesday is going to have to do until we celebrate a birthday of someone like Cesar Chavez – his birthday was March 31, but it can easily be changed to ‘the last Monday in March’.

It used to be that we’d celebrate Lincoln’s birthday on Feb 12th and Washington’s birthday on Feb 18th and if I’m not mistaken, back in the day we got both of those days off school if they fell during the week. Now they’ve combined them so that we have President’s Day on the third Monday in February. But it is not just to celebrate Lincoln and Washington birthdays, it is to celebrate ALL presidents. So next February don’t forget to wish Rutherford B. Hayes a happy birthday.

I hate to pick on another religious holiday, but have you ever wondered why the date for Easter keeps moving around? Well, exactly when we celebrate this highly religious holiday is based on the position of the sun along with the phases of the moon.  For the record, Easter occurs on the first Sunday after the first full moon occurring on or after the vernal equinox (approximately March 20-21 in the northern hemisphere), when the sun crosses the plane of the earth’s equator – seems rather voodoo-like to me for such an august occasion.

Then there’s the ‘BBQ Holidays’, Memorial Day, when we break out the BBQ, Independence Day, when the BBQ works its hardest and Labor Day, after which we put the BBQ away. I think the meaning of these holidays gets diluted in all the BBQ sauce and the attendant adult beverages, so I’m suggesting that these holidays be moved away from summer.

Oh yeah, there is another holiday in these last 62 days of the year, Veterans Day; yep, that’s 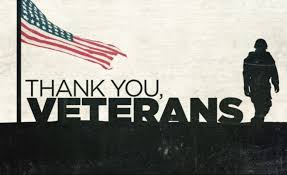 this week, but don’t feel bad if you didn’t remember it, most people don’t. This is only a holiday that celebrates the men and women who have defended the freedoms that give us the right to be such a diverse and dysfunctional country.

Go wild and crazy this week and celebrate by thanking a veteran for his/her service. 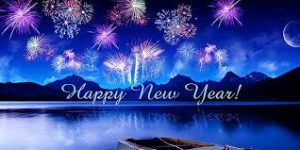 So the new year is finally here and if you’re having trouble reading this, you’re getting no sympathy from me as I’m having trouble writing it!  I drank everything I could get my hands on to help me forget the past year filled with  political rancor, ‘fake news’, tweets and sciatica!  The good news about this first week of the new year is that your resolutions are mostly still in tact – ok, some of them.  I know how you all looked forward to pop quizzes when you were in school, so here’s one to clear that head of yours and start the new year off with an educational experience.  Answers below, but don’t start off the new year by cheating!

– I don’t remember I was too drunk

– As many as break them by February

– Sally Go Round the Roses

– Make An Ugly Woman You Wife

–  He’s not getting lucky

–  He’s not only not getting to 1st base, he’s not even getting into the batter’s box

–  They’ll be seeing a divorce attorney in the morning

– Millennials looking for loose change on the street

– Not knowing where they are much less what time it is

– Having their first drink

The entire staff here at ‘From A Bird’s Eye View’, wish you a happy and healthy 2018. OK, there is no ‘staff’ here, but Suzanne and I are hoping that this year will be your very best – make it so!