“Music is the moonlight in the gloomy night of life.” Jean Paul Richter 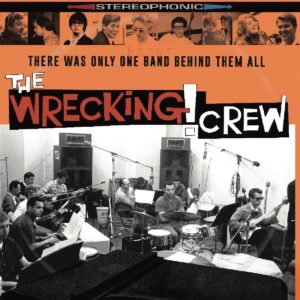 Not that life is gloomy right now or anything, it’s just that it’s . . . different.  We find ourselves looking for things to do around the cell, er, house; things that will help us keep our sanity while in solitary or familial confinement.  We’ve completed most of those DIY ‘projects’, at least the ones that we were actually capable of completing, not the ones like fixing that leaky hot water heater valve or rewiring that electrical box.

So, let me suggest something that has helped me ‘pass the time’ – music.  Like me, you have probably found some solace in listening to  music, singing in the shower or watching (and re-watching) concerts on TV; and I say keep doing those things, but I’m proffering some additional literary therapy and documentary escapism.  Over the past few months, and particularly now that reading is one of my more athletic activities during the course of a day, I have found three excellent books and one Netflix documentary that I would recommend to any pop music lover.

The Wrecking Crew by by Kent Hartman

Flyleaf notes: “A sweet and wistful meditation on the early days of the music business, full of little gems and wonders fit for serious music fans and a commendable, long-overdue tribute to the legendary Wrecking Crew – the ridiculously talented, go-to guys behind so many hits. This book will make your head spin.”  You think you know who played the music on most of the hit songs you listened to?  You don’t!” 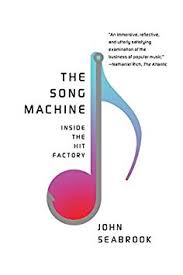 The Song Machine by John Seabrook

Flyleaf notes: “There’s a reason today’s ubiquitous pop hits are so hard to ignore―they’re designed that way. The Song Machine goes behind the scenes to offer an insider’s look at the global hit factories manufacturing the songs that have everyone hooked.”

“The rise and fall of classic rock – the untold stories from inside the LA recording studios.  The music scene in Los Angeles was dominated by rock ‘n’ roll. If a group wanted to hit it big, L.A. was the place to be.”  Let the in-fighting begin.

Echo in the Canyon Netflix

Echo In The Canyon celebrates the popular music that came out of L.A.’s Laurel Canyon neighborhood in the mid-60s as folk went electric and The Byrds, The Beach Boys, Buffalo Springfield, and The Mamas and 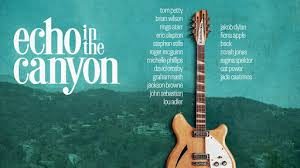 the Papas cemented the ‘California sound’.

If you enjoy popular music, and by that I mean songs that were popular from the 60s to present day, you should enjoy the myriad of stories about the lives of people who made it all possible.

“If music be the food of love, play on.”  William Shakespeare