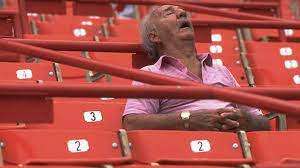 The World Series is over!  If that’s news to you, you’re not alone.  It concluded last weekend sometime with a team from Texas beating a team from Pennsylvania, taking the series four games to two.  I assume there were lots of home runs, lots of great defensive plays, lots of strikeouts, actually, I heard there was even a no-hitter (although it took four guys to do it.  The only other no-hitter in a World Series was done by one guy, Yankee, Don Larson, pitching the whole game!), but few people watched or cared for that matter.  It didn’t help that there was not a team from the west coast in the series, but regardless of what team is playing, TV viewership has declined significantly over the last several decades.  In the 80s viewership for the World Series was between 55-60 million, compared to the last three-year average of around 10 million.   So, why have people stopped watching America’s national pastime?

I could suggest that the World Series comes at a time when college football, the NFL, the NHL, and the NBA are all in full swing, so there are just too many other sports to watch.  But I recently read an article by Derek Thompson, in The Atlantic that had a different answer to that question, which helped me understand why I didn’t watch any of the World Series games this year. I understand that I run the risk of you not reading any further about the decline of a game that you cared little about in the first place, but it’s a break from the political ads with which you’ve been inundated via mail and TV for the past month.

There really are a number of disassociated events that helped cause the lack of interest in baseball; first there was:

But Mr. Thompson suggests another reason, simply saying, “You can make a thing so perfect that it’s ruined.”  To him It all started with a term, aptly portrayed in the 2011 baseball movie, Moneyball . . . analytics, defined as ‘the systematic computational analysis of data or statistics.’  Yes, the geeks took over baseball and ruined it by being catastrophically successful.  Through crunching the numbers, they found:

So today, watching a baseball game is akin to watching two guys play catch, while another person swings wildly at some pitches and mostly misses, but occasionally hits one out of the park.

The article I read offered no solutions to the declining popularity of the game, although it mentions a few changes, that 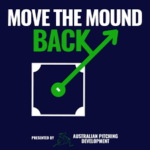 have come very slowly, in order to improve the game or the pace of the game.  For example, in an effort to make it more palatable to the consumer, in 1973 the American League installed a ‘designated hitter’, typically for the pitcher. So we wouldn’t have to watch the pitcher strike out every time he got up to bat.  The National League just adopted the rule this year!  The ‘intentional walk’ used to require the pitcher to pitch four straight pitches out of the strike zone before the batter was given first base.  It wasn’t until 2017 that they eliminated pitching and just sent the batter to first base.  But neither of these changes had a dramatic affect of the palatability of a game that needs more hits and more runs, i.e., more action!

So what needs to happen to change the game?  If you ask me, and no one has, or will, I’d say move the pitcher’s mound back about 10 feet or so, maybe back by second base.  Then, teams can use as many pitchers as they want, but the ball is going to be moving much slower when it finally reaches the plate and the batter will have a much longer look at the ball.  Thus more hits, more runs, more fun!

Someone let me know if they ever do something like that; I don’t watch baseball!