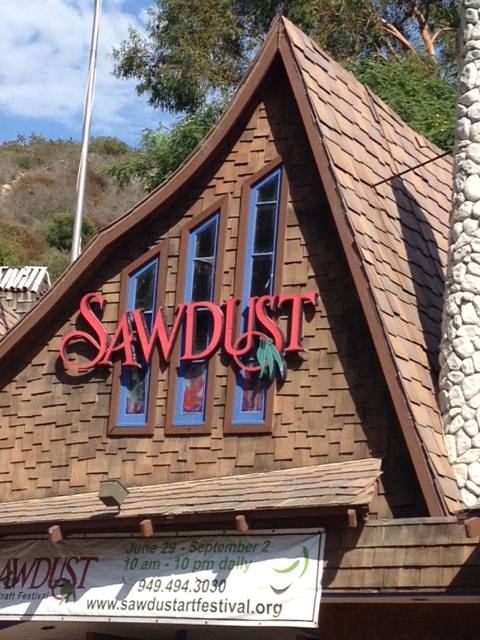 My road trip last week utilized time travel and took me back to the 60s, not age-wise, I’m already back in the 60s age-wise, thank you; I’m talking time-wise, like in the 1960’s – you know hippies, free love, smoking banana peels and that kind of thing.  My time travel vehicle was the Laguna Beach Sawdust Festival – not a celebration of sawdust as the name might imply, but rather the annual arts and crafts festival showing off the wares of artist from Laguna Beach.

In fact they were originally part of that ‘stuffy art show’, the Laguna Festival of Arts, when they broke away in protest of something (remember protesting anything was very popular in those days) to form their own, not-so-stuffy festival, they wanted to make it, in the parlance of the day, a ‘happening’.  The media tagged this new exhibit ‘The Rejects Festival’.  Thank goodness they used sawdust to cover the mud and dust of their new home as it provided a less-negative, albeit somewhat obscure, name for their annual show of arts and crafts.  In spite of, or maybe because of, the name, it’s been going strong ever since. 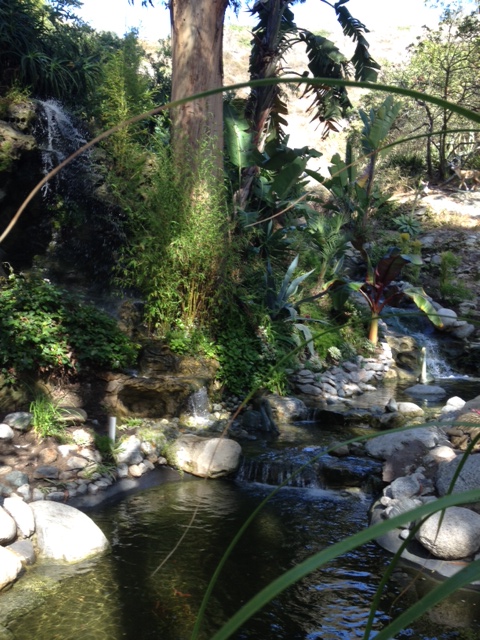 The festival grounds are in a Eucalyptus grove less than a mile from Laguna’s Main Beach, so the sea air, the stand of Eucalyptus and the various water features therein, provide a welcome cooling relief from the summer heat.  Stepping through the portal of this time warp, I am immediately hit with the smell of sawdust which permeates the entire three acre grounds; I can hear a lone, male singer in the distance (sounds like he’s wearing sandals), strumming his acoustical guitar and protesting something, and in front of me is something I don’t see every day – a place to purchase goblets and gourds. 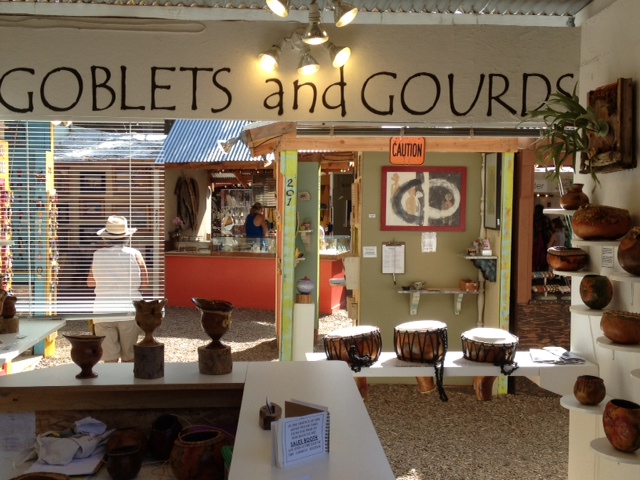 I strolled from booth to booth examining the various works of art and often stopped to talk with the artist who were more than willing to discuss their craft.  Have you ever looked at a piece of art and wondered, ‘What were they thinking?’ well here was the chance to ask them.  I watched glass being blown, I watched an artist paint a picture of a hamburger because she was hungry, I saw jewelry being shaped and welded, I saw clay pots being thrown – you know what I mean,  and I saw . . . wait a minute, was that John Lennon sitting in the booth making something?  I thought I could hear Give Peace a Chance playing in the distance. 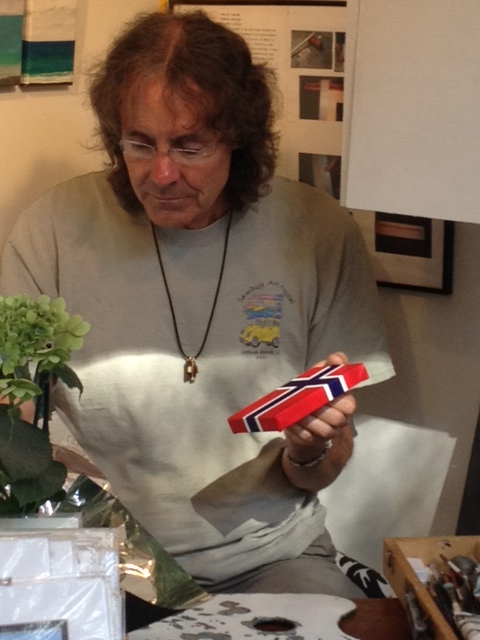 There’s always something playing in the distance at the Sawdust Festival, sometimes several acts at once playing at three different venues throughout the grounds.  If 60s rock is your thing then you’d enjoy the Flatland Mountain Rock Band; or try Acoustic Roots who are purveyors of Bohemian Surf music (didn’t even know that was a genre); or if you want your Ska Dub Roots vibe going try Worm & the Night Crawlers.  If you just want some good old country rock, then catch Sean Wiggins & the Lone Goat.  The Lone Goat?     And . . . wait is that John Lennon singing Woman, 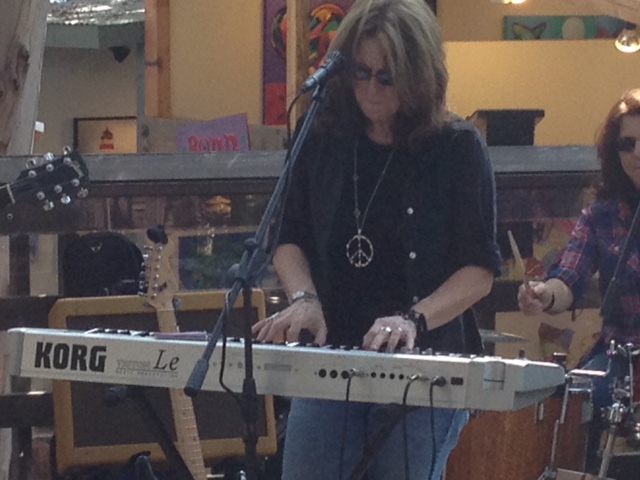 or is that a woman singing John Lennon?  Geez, for a guy who’s been dead for almost 32 years, he sure gets around.  I headed over to the field of ceramic mushrooms.

I passed on the mushrooms, but I bought two prints and a pair of earrings for my wife, who tolerates my wanderlust, and headed for the exit as night was falling on the festival.  As I crossed the parking lot the unmistakable smell of cannabis rented the air and extended my ‘trip’ to the 60s a few minutes more.

It was a most delightful afternoon; I sang Imagine in the car all the way home.