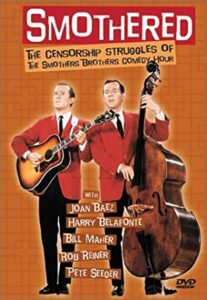 I watched a YouTube documentary on the Smothers Brothers last week entitled Smothers Brothers – Smothered and found it most interesting, particularly juxtaposed to what is going on in our world today.  For those too young to remember Tom & Dick Smothers and their one-hour TV comedy-variety show on Sunday nights, they were funny, entertaining and controversial.  Their show ran in the late 60s until CBS yanked them off the air for their, and their guest’s, espousing opposition to the Viet Nam war, support for Civil & Women’s Rights and their general pissing off of those in authority.

It was an era of significant unrest, the ugliness of the Viet Nam war was being brought into our living rooms in living color with the nightly news.  Men were heading to Canada to avoid the draft or burning their draft cards, while women were burning their bras in protest for women’s rights.  More and more gays and lesbians were ‘coming out’.  Drugs were a major part of the counterculture – marijuana and LSD became ‘recreational drugs’.  In a span of five years, five major civil rights leaders were assassinated; John F. Kennedy, Medgar Evers, Martin Luther King, Malcomb X and Bobby Kennedy.  In 1968 there were riots at the Democratic National Convention in Chicago that killed 11 people and injured hundreds.  Even so, the country wasn’t as politically divided then as it is today – the ‘counter culture’ and mainstream media then, hated both Richard Nixon, a republican president, as much as they hated Lyndon Johnson, a democrat president. 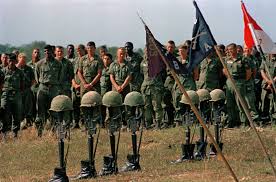 our British colonizers. Henry David Thoreau wrote his now-famous essay, Civil Disobedience in 1849, which in part was motivated by his disgust with slavery and the just-concluded Mexican-American War.  We sometimes don’t agree with those who are protesting, but usually the protestors are right, it’s mostly just a matter of degree, as in order to get their message across, they tend to go to the extremes.  There was a national distain for long-hair ‘hippies’ and peace-loving ‘flower children’, but most everyone can agree today that the Viet Nam War was a total waste – with over 1.3 million total deaths.  Most everyone my age lost a friend in that war – either physically or mentally.  For what?   Minorities and women have more rights today, due in part to the civil unrest of the 60s, but as a country, most would agree that we still have a ways to go.

I’m not happy with what’s going on in our country today – the political divide, corrupt politicians, the inept handling of the Covid virus, just to name a few items at the top of my list, but after watching the Smothers Brothers documentary, I found that the stuff that the CBS censors wouldn’t allow them to say or do on TV, is laughable today.  I don’t think we’ll ever be 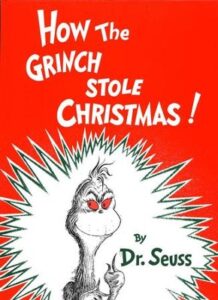 able to laugh at the tearing down of statues, the burning and looting of buildings or the attempts to ‘defund’ the police, but whether we want it or not, change is coming and I have enough faith in our country to believe that we’ll survive this as a nation and in fact, be better for it.  Organizations like QAnon and Antifa will rest in our archives with the Weather Underground Organization and the Students for a Democratic Society.

Yes, I realize this sounds a bit Pollyannaish, but I’d encourage you to watch the documentary and see if it doesn’t help put today’s events in perspective.  Here’s the link:

BTW, I’m still going to read Dr. Seuss’ How the Grinch Stole Christmas to my grandkids every Christmas.

14 comments on “A Little Perspective . . . Maybe A Lot of Perspective”