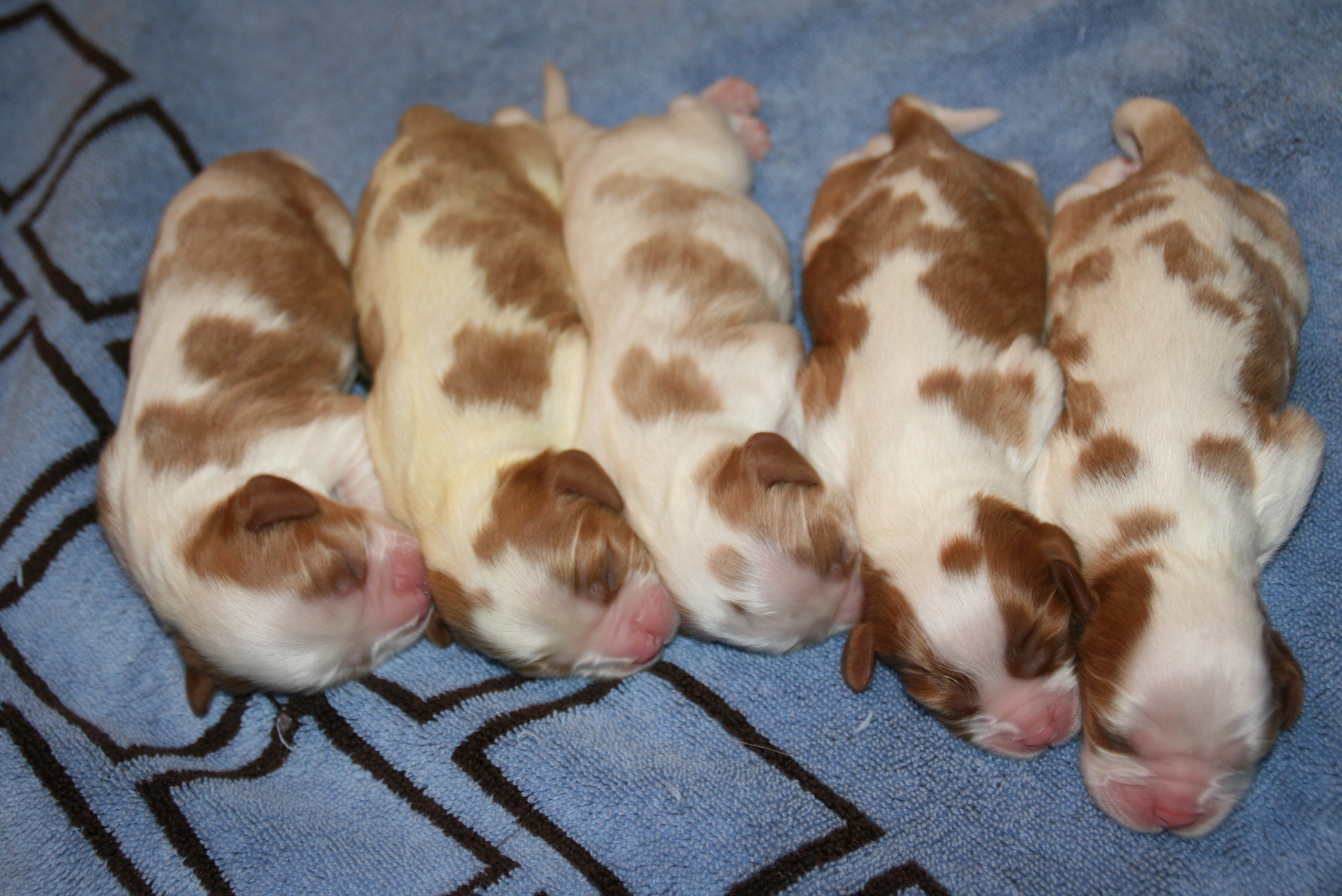 My husband and I have lost our minds. We recently decided to add to our family.  No, we’re not that crazy (or young).   In February we will become parents to a 12 week old Cavalier King Charles spaniel. The picture at left shows the litter at 8 days old. We don’t know yet which one will be ours, but I’m hoping it’s the smart one.  I am aware of the pitfalls of a new puppy – we can say goodbye to sleep, sanity and our clean white carpeting. On the other hand, if “Puppy Breath” was sold as perfume it would be a best seller.

I haven’t owned a dog in 25 years so I thought I should become familiar with the modern dog world. Conveniently, PetSmart was sponsoring its annual Holiday Pet Festival near us this past weekend. It offered an opportunity to see (and pet) dogs, peruse the latest dog supplies and hopefully pick up some tips.  And it was free.  The perfect storm.

The festival was held at West World, which is a HUGE exhibition center where they hold the Barrett-Jackson car auction and other large events. I figured they would cordon off a small portion of it for the dog soiree. But as I entered the building it became clear that I am horribly, crushingly, out of date when it comes to the dogs and the vast array of “stuff” available to them.

Twenty-five years ago my dog had a collar, leash and feeding bowls.  I fed her whatever canned dog food was on sale at the supermarket.  On a good day she got a piece of a hot dog or whatever scrap happened to hit the kitchen floor.  Apparently my  laissez-faire approach to dog ownership would now warrant an emergency call to the SPCA.

The “fesitval” made it clear that today’s dog requires vitamins, special organic, gluten-free food, freeze-dried liver treats, harnesses, and a bed that would have to pass muster at the Ritz.  And though not required, it was strongly suggested that if you love your dog at all you should purchase a dog massage, a day at the doggie spa, blinged out collars and sunglasses.  I won’t even go into the ridiculous costumes being offered but really…some of these outifts would embarrass Lady Gaga.

All in all it was a fun day.  There were small dogs and large dogs, and dogs that looked like they wanted to be anywhere else: 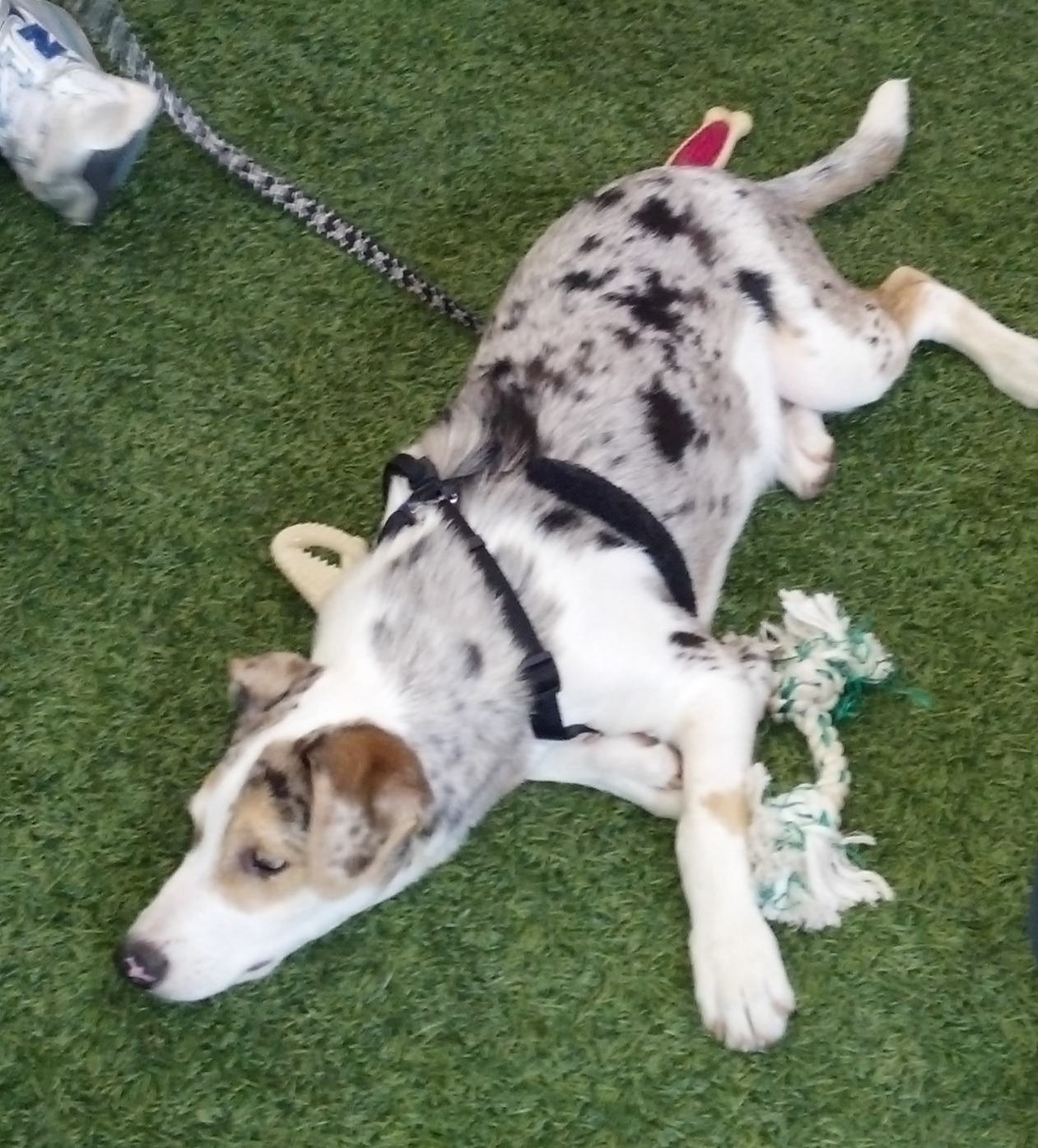 But my favorite was the dog who decided, right in the middle of the arena, to “do it’s business”.  Big time.  And guess what breed it was?  A Cavalier King Charles spaniel.  I think I’m going to need a bigger shovel.