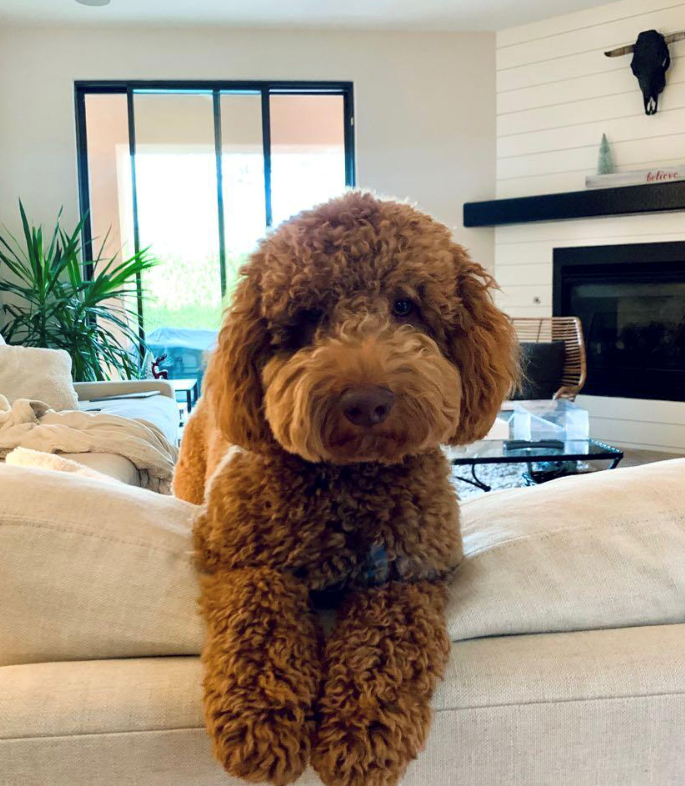 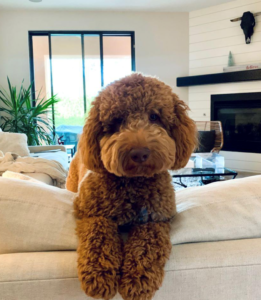 These days it’s easy to believe the worst in people.  Every time I turn on the TV there is some new horror.   I’ve lamented previously that the “neighborhood” feel that I grew up is a thing of the past.  But last week my faith was restored – mightily – by a lost dog.  Jennifer and Joe Veres took their dog, Louis, to the groomer.  A pretty ordinary errand, except that the groomer let Louis loose while taking him out for a potty break.  Louis is a small poodle-mix who was on a leash, so it makes one wonder just how attentive the groomer was watching over her charge.  A runaway dog is bad enough, but this grooming shop sits at one of the busiest intersections in Scottsdale.  The city estimates that 38,700 vehicles per day drive that road.  Louis was lost around 4 p.m., a very busy time of day.  The grooming shop closes at 5 p.m., but once Jennifer arrived there she told the owner she was going to stay all night if necessary in case Louis found his way back.  The owner said he had to go home to feed his animals, but would return to unlock the restroom for her and check on the progress of the search.  He never did. 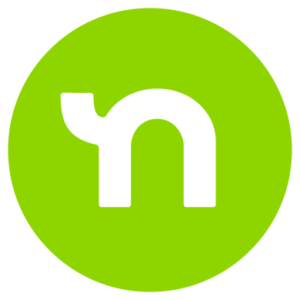 Jennifer immediately took to Nextdoor, an app that is normally used by people to find a plumber or throw shade on a restaurant.  But Jennifer knew that it can also be a useful tool to broadcast information about a lost dog.  Just that week, another dog had been found through Nextdoor, and that gave her reason to hope.  Once she posted about Louis on Nextdoor, including his cute picture,  the community stepped up.  Literally HUNDREDS of people saw Jennifer’s story and came out to help.  Families got in their cars to traverse the area, bicyclists checked all the trails, and businesses pitched in as well.  The Off Road Jeep Adventures company is in the same shopping center as the groomer and they looked out for Jennifer as she waited.  Not only that, they sent their vehicles out with their high-powered headlights to aid in the search.  The valets and patrons at two nearby restaurants heard about Louis and began searching, as did Jennifer’s workmates.  Later that day a woman reported seeing Louis on the grounds of a nearby church, but when she tried to catch him, he was frightened and scampered away.  After that, the church allowed Jennifer and Joe to place clothing and food on their premises in an effort to lure Louis to the scent of his owners and a good meal. 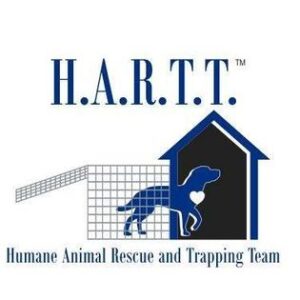 As nightfall came, the search for Louis became more frantic.  The Sonoran desert can be a dangerous place, filled with rattlesnakes, coyotes, bobcats and very sharp cacti.  It’s not a great place for anyone at night, much less a poor, defenseless dog with a leash trailing behind him.  Jennifer took the advice of several people on Nextdoor and called on HARTT (Humane Animal Rescue and Trapping Team).  HARTT is a volunteer-based nonprofit here is Arizona that helps in capturing lost family pets, and homeless dogs and cats who are severely injured.  It’s a very specialized service, staffed with volunteers to understand the behavior of scared pets.  HARTT relies on volunteers to immediately begin searching when a lost pet is reported.  In Louis’ case, they worked tirelessly to find him, and to instruct everyone looking for him what and what not to do in case they spotted him.  According to HARTT, most lost animals do not stray more than a mile from where they were lost, so the fact that Louis had been spotted at the church meant he might still be nearby. 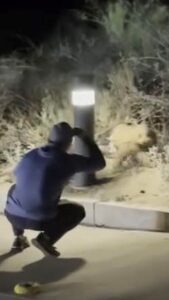 Jennifer, Joe and hundreds of others stayed out all Thursday night looking for Louis, with no luck.  Just as with lost people, time is not a friend.  Friday was a very hot day so it became more distressing that Louis had no ready access to water.  As the sun set on Friday night and darkness descended, a determined band of neighbors, the Jeep Adventures guys, and HARTT volunteers did not let up the search.  The Veres’ neighbor brought their dog, and Louis’ best friend, Teddy, to help find him.  And that did the trick!  At 8 pm on Friday night, 28 hours after Louis went missing, they spotted him near a playground next to the church.  Teddy’s scent must have let Louis know that he was near “safe” people because they were able to keep Louis there until Jennifer and Joe arrived.  Once Louis heard and smelled Joe he came out from under the brush and ran into Joe’s arms.  The guys from the Jeep company filmed the happy reunion.  As you night expect, everyone cried tears of joy.  I’m sorry that I can’t load the video here, because to hear Joe exclaim, “Buddy, there’s my best friend and buddy” as Louis jumped into his arms, is beyond heartwarming.

Louis’ body and paws were covered in cacti stickers so the Veres took him immediately to the local emergency vet, where he had to be sedated while they removed all of them.  It was truly a miracle that he had survived all.  For the record, the groomer did volunteer to pay the emergency vet bill.  It was the least they could do, so they did the least.  As of last week Louis is still a little traumatized and does not want to be left alone.  Luckily, Jennifer works for a great company.  They not only helped look for Louis but agreed that he could come in to work with her so she is always in his sight.  Jennifer and Joe have finally caught up on sleep and as for me, I am making HARTT Arizona my designated charity on my Amazon Smile Prime purchases.  I hope to God that Dash the Wonder Dog never goes missing, but if he does I now know exactly who to call.

So, the next time you think the world has gone to hell in a handbasket, think of the story of Louis.   People are really good.  Your neighbors are really good.  We all want to help each other out.  Remember that.