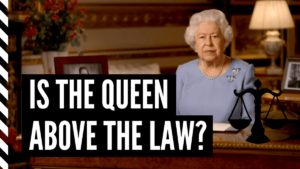 I admit that I’m sometimes a sucker for “click bait” banners.  Give me a good juicy headline about a favorite celebrity or public figure and I will – against my better judgement – hit the link to get the full scoop.  Being the Anglophile that I am, headlines about the British royal family often peak my interest.  So you can imagine my curiosity when I read that Meghan Markle’s maternity dress contained a “powerful message”.  Wow!  I envisioned a slogan or initials embroidered into the hem, or perhaps the baby’s sex or name secretly embedded somewhere.  So, of course, I clicked on the story only to find out that her “message” was that she was embracing sustainability by wearing a dress that was two years old!   The designer of the dress commented, “This (climate change) is an undeniable crisis, and everyone has to do their part. The number one thing that someone can do for sustainability is hold on to those pieces you buy and use them for a longer amount of time. That’s why I think what Meghan did is such a powerful message. She wore a dress that’s no less beautiful, because it’s two years old… it makes her feel no less special or no less happy.” 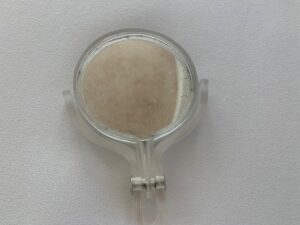 Wow.  That’s not the direction I thought this story would go. After my initial disappointment that the “message” wasn’t more revealing, I realized (not for the first time) that my life is very different than the Royal Family.  One look into my closet would reveal that apparently I am doing more for the planet than the average person.  Setting aside 2020, when 98% of my clothes remained on their hangers, I still consider something two years old as relatively new.  I took a tour of my closet to see just how sustainable I have been.  The first item I found dates back to 1962.  My parents sent me to Girl Scout camp up in the Sierras and we were required to bring several essential items, including a mirror.  My mother purchased this little hand-held mirror at the local five-and-dime and I thought it was really cool because the opposite side is a magnifier.  Better to see every pre-pubescent pimple, I suppose.  In any event, through umpteen moves I have held on to that little mirror and often use it when I travel. The fact that it is a little weathered has helped as I’ve grown older – it’s not as sharp and neither am I. 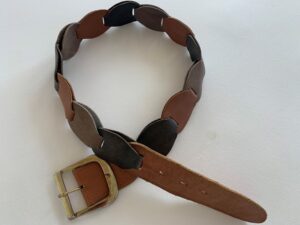 Next, I found a belt that I purchased before I started my first corporate job in 1973.  I needed an upgrade from my jeans and tee shirts so I took my savings and went on a shopping spree.   The belt was the last thing I purchased that day, and it was over my budget, but I bought it anyway.  It had several leather links that I had to take out for it to fit.  I tried to wrap it around my waist last week.  Let’s just say I lamented that I had thrown away those extra links.  Still, when I look at it I remember how excited I was that day to be shopping for a “grown up” wardrobe.  Little did I know that first job in banking would be the beginning of a long career. 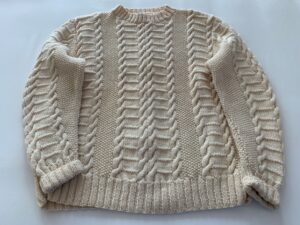 And speaking of that career, like most people, I had some moments of frustration and stress. The corporate squirrel cage and the long commute took its toll.  In 1988 we started to spend two weeks each fall in Sun Valley, Idaho.  Much to my delight, I found a cute little yarn store there owned by Sarah Ahern.  She was an older lady who had battled cancer, but was determined to stay in business.  When we visited in 1989 I wistfully told her that owning a yarn store in a cute mountain town sounded like Heaven to me.  She let me work there a few hours just to get a taste for it and I loved it.  By the early 90’s we struck a deal that if she ever sold it I would get first right of refusal.  But as the years went on I realized that visiting a resort town is very different than living in one.  As we planned for our trip in 1997 I prepared to tell Sarah that I just couldn’t make the move.  As we drove in to town I was horrified to see that the shop had closed.  One of her friends told me that her cancer had returned and she moved to Boise to live with her daughter.  She didn’t even try to sell the shop – she just closed it down.  This sweater is made from yarn I purchased from her in 1989 – it was “payment” for my working hours.  It sits on a shelf in a plastic bin.  I haven’t worn it for years but I can’t bring myself to donate it to Goodwill.  I think of Sarah, and of my dreams of being a yarn shop owner, every time I see it.  There’s something to be said for a good memory.

A month ago I would have been embarrassed to admit that I have these relics.  I might have even been tempted to begin tossing out some of this old stuff.  But now, instead of thinking of myself as a sentimental, old hoarder, I can proudly say I’m on the cutting edge of sustainability. Thanks, Meghan.