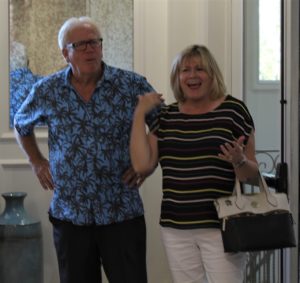 Wedding anniversaries are something to be celebrated. Those of us who are married recognize that making it through another year of love, fun, in-laws at Thanksgiving and arguments about who should take the garbage out is something to be celebrated. This past weekend brother Bob and his wife, Linda, celebrated their 40th anniversary and the best part is, they didn’t have to plan a thing. In fact, they were the honorees at a surprise party planned and hosted by their three children, Stephanie, Dana and Jeff (and their respective spouses, of course). Linda’s sister, Starlet and I flew in to add to the surprise. And believe me, it was a real surprise because unbeknownst to them, we planned on staying at their house for the weekend. 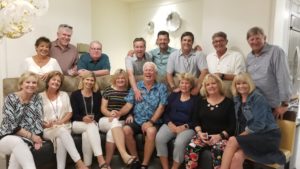 I admit, I was unaware of the traditions associated with a 40th anniversary so I consulted with my friend Google and, as usual, learned just how ignorant I am.  Turns out, the traditional gift for a 40th anniversary is a ruby. It was chosen because of its deep, rich color and symbolism of devotion and passion for life. WOW…I couldn’t think of a more perfect description of Bob and Linda. They are both curious, fun-loving, optimistic and enthusiastic about all that they do. As you can see from the photos, they (and their friends, I might add) really know how to have a good time. When I think of them, I conjure up images of people who really know how to take a big bite out of the apple. After the initial shock, and fortified by a little libation, they laughed, joked and enjoyed the evening as only they could. 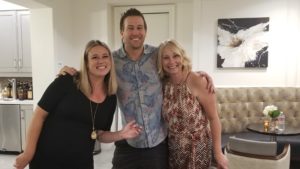 Another traditional 40th anniversary gift is a party. Well…this one was one for the ages. The three kids did a fabulous job of organizing, decorating and planning down to the smallest detail. The decorations were right out of Pinterest and the photos kept everyone reminiscing and laughing all night. It’s rather humbling to look at photos of yourself from 40 years ago. There were just a few of us who were at their wedding and we kept squinting at the pictures, marveling at when we had either more hair or tighter skin. But one thing that remained the same is that Bob and Linda were fun-loving and family-oriented then and they have kept that ball rolling for 40 years. The fact that their children threw the party tells you everything you need to know about how beloved they are and what terrific and supportive parents they have been.  And don’t even get them started on the grandchildren unless you have an hour or more to spare.  Heck, even the sonogram photo of their grandson-in-waiting was drooled over.  That boy doesn’t know how great he’s going to have it.

Which leads me to the third piece of a traditional 40th anniversary gift – a family portrait.  I’m not sure a photo can capture just how special this family is but hopefully you can see by the smiles on their faces how genuinely happy they are to be together and share such an incredible, amazing bond.  Though much has changed in the world over the past 40 years, Bob and Linda have remained steadfast in their devotion to each other and their families. So…a toast to them and wishing them more decades of love, fun, exciting trips and good friends.

There is no more fun family than the Sparrows so for your entertainment I’ve posted a few of the family photos from the event. 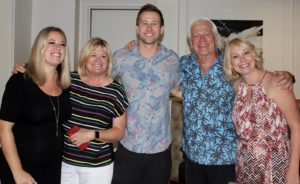 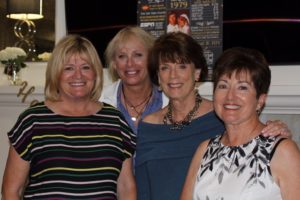 Linda and three of her bridesmaids – Chris, me and Starlet 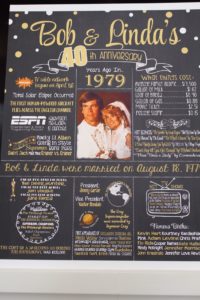 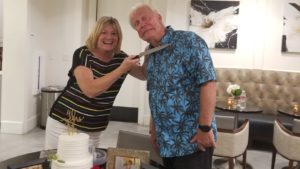 Haven’t we all felt like this at some point? 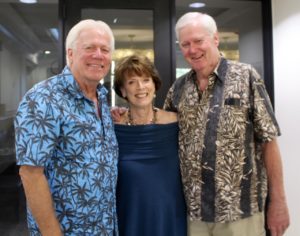 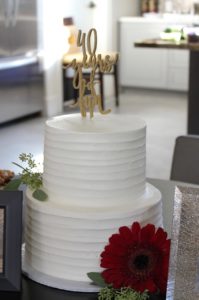 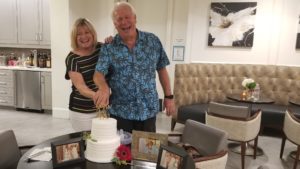